Geeky and Pointless, but oh well!

I updated to iTunes 8.0 the other day, so I could update my Apple iPhone to 2.0.1.0 (somewhere, I can hear Dave laughing at me right now). Rather than orgasm over this Genius Playlist making tool I was much more pleased to see they’d given iTunes more of a layout like the iPhone! One neat thing is Genre view which, rather than using one piece of artist artwork to identify the genre, uses a custom thumbnail. And with some simple hacking, you can create your own custom thumbnails for genres iTunes doesn’t cover (such as Trance or Mash Ups). If you want to try it I took advice from this forum, and they also included a link to an awesome Flickr group made up of these custom genre thumbnails. I don’t have a Flickr account, so I’m going to upload the custom genre thumbnails I made here, free for you to use as you see fit! 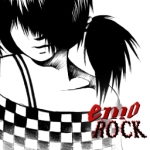 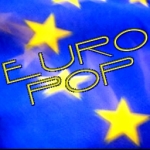 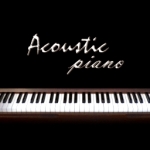 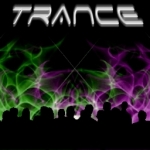 And after all this I still haven’t updated my iPhone! Shame it can’t carry over this neat little feature to the iPod. If you’re wondering, my most populated genres are Pop, Electronic/Rock, Rock, and Acoustic! And I’ve listened to You & I about 13 times since Friday! My iPod doesn’t seem to want to scrobble this fact but it’s true!

Just a quick update written from the hospital. I watched Teaching Mrs. Tingle last night. It’s so good but hideously dated, not exactly a timeless classic but I could make a space for it in my collection. It’s Helen Mirren pre-Oscar and Katie Holmes pre-Cruise, two great actresses in very unlikely roles, considering where they are now!

The repaired Hickman Line is working and I’ve decided to keep it in whilst my mum and step-dad are away. After that it may be a while or just a few weeks before I decide to have the replacement fitted. My thoughts at the moment are I want it soon but I could change my mind over time, getting more used to the repair and feeling confident it is secure. I know this might sound confusing so luckily I have picture aides END_OF_DOCUMENT_TOKEN_TO_BE_REPLACED

Button, button, who’s got the button? Click it, and you get to read this hideously long and boring rant about my hospital treatment.

END_OF_DOCUMENT_TOKEN_TO_BE_REPLACED

No Truths to Confirm

I’m currently listening to Russian radio, in preparation to hear the premiere of t.A.T.u.’s first major English song in three years, You & I (the song that should signal their comeback to the mainstream charts and wake up the public to the fact they still exist, but given they have no international label it may take some time). It’s going to be one of the few English-only language songs included on the album Veselye Ulybki (Happy Smiles), also their first completely new album in three years. I’ve literally been tracking it’s creation every step of the way, loving all the little snippets and singles I’ve heard so far. I have to say I’m far more excited about the Russian language songs than their English counterparts, mainly because their better lyric-writing group (the ones responsible for their major hits) are only involved with a few of them (You & I). The translated songs written by the other writers (only one of which I know at the moment, White Robe) don’t seem to hold as much meaning. If I’ve got you interested click here to listen to the song. It’s set to be played at 5pm GMT (a direct link to the song has now been added).

So why the cryptic blog title? Well, I haven’t confirmed my truths lately. Here’s what’s been happening: I discovered on Wednesday after my transfusion my Hickman Line (see my History) has got a puncture in it and unless it can be repaired I’m going to have to have a new put in. We’re waiting for news on whether it can be repaired until Monday and if not then I’ll be in hospital Thursday and Friday. It got me a bit upset but I’m okay with it now, it spurred me on to do some work and I got my first new episode of The Caliente Affairs in almost two years online the same day I found out! I’ll keep you updated from now on (if I can get my iPhone to work at the hospital, it hasn’t lately).

UPDATE: GOOD NEWS! I have just got the phonecall to say a repair kit has been found so hopefully everything is set for Monday and I won’t have to have an operation!